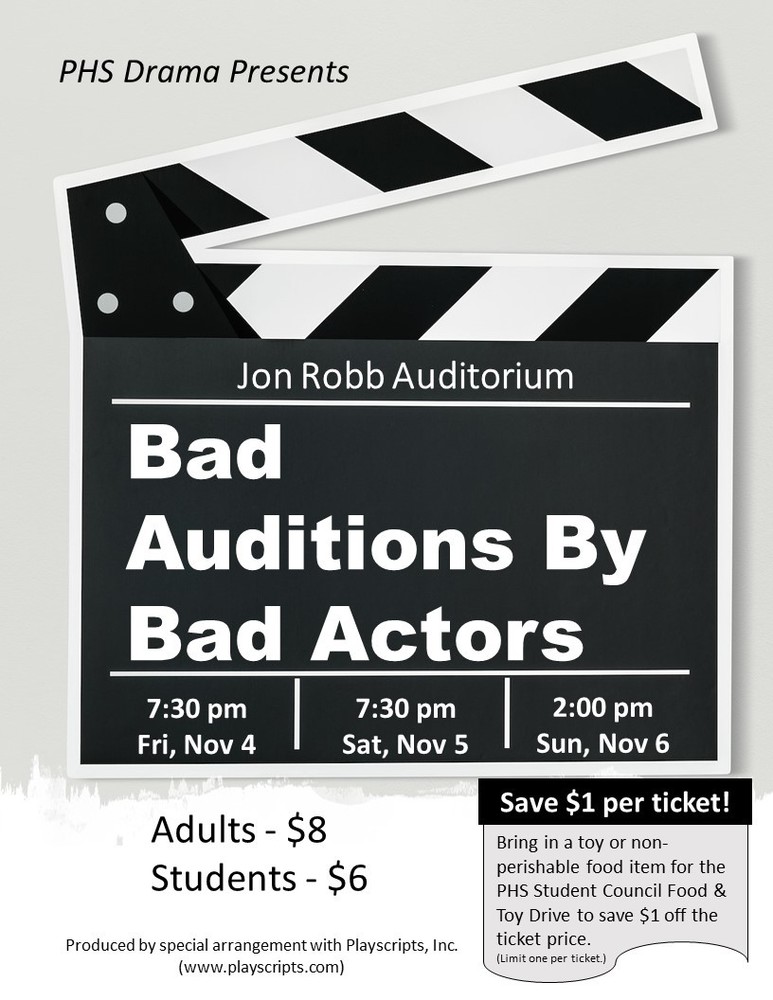 PHS Drama students under the guidance of Christie Mendenhall are preparing for the fall performance.  The show is called Bad Auditions by Bad Actors.  It is a two-act comedy.  The 12 cast members in the show represent grades 9-12.

The play features a casting director  who has one day to find the leads for a community theater production of Romeo and Juliet. But what seems like a simple task proves impossible when the pool of actors includes extreme method actors, performers who just don't know what to do with their hands, and one particular woman who may or may not think she's a cat. This hilarious comedy will bring you to the last place you'd ever want to be...behind the doors of a casting session.

Tickets available from the director, cast members, and the PHS office.

12 cast members in the show, freshmen through senior. The cast list is also attached.

Thank you again for supporting the drama program!